Economic recession? At least not in Malaysia for the time being. And this is based on data from Malaysian Institute of Economic Research, based on overall business condition and consumer sentiment between January to March 2012.

I have actually braced myself for the worst when MIER released the data dor Q4 2011, in my previous post: Business Conditions Index: BCI4Q2011. But this rebound in Q1 2012 is pretty impressive, if you ask me.

In summary, consumer spending has increased compared to Q4 2011 . Employment outlook is still optimistic although there are lay-offs for banking sectors like HSBC worldwide and manufacturing industry like First Solar. Business, overall, is doing no worse than last year, so far.

Details in point form below. 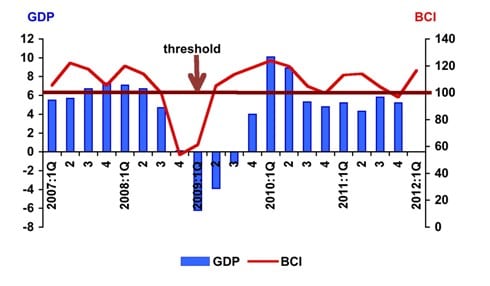