Podcast Interview#1 with a Andrew Hallam – of Money, Investing and Sex

When someone said, “You can get rich on a teacher’s salary”, you probably would have dismissed it as a hoax. I would.

But not when it comes from a man called Andrew Hallam. He has been there, and done that.

His secret is no secret at all – live frugally, spend like you want to get rich and invest your own money.

In this first ever pod cast at LCF on Personal Finance, I chatted with the man himself on various topics ranging from investing to financial education. And I had real good laughs when he showed this really quirky side of him in person (we had a Skype web cam call on a Friday evening) to explain today’s money issues. Who else would have compared investing decisions with wild canines? 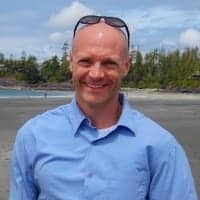 In this first episode, Andrew talked about:

Welcome to howtofinancemoney.com podcast, I’m your host CF. Now, first and foremost, please pardon my Malaysian accent and pronunciation as English is really not my mother tongue. You might cringe a bit when I speak so I promise I’ll only speak short sentences for the rest of the podcast interview.

But first, bear with me with a short introduction of my very special guest today.

His name is Andrew Hallam.

He is the author of the highly successful bestseller – Millionaire Teacher, The Nine Rules of Wealth You Should Have Learned in School which outlined his spending and investment philosophies. This is probably the only finance book which does its job not only to educate, but also to entertain.

For your information, the Millionaire Teacher book was ranked#1 at Amazon US Personal Finance book category, in November 2011.

Now listen to this – Andrew is not a corporate banker, he is not a lawyer or he’s definitely not a businessman. He is a high school English teacher in Singapore. I wish my high school teacher taught me about things like…compounding interest and investing – because these things are certainly more practical than solving complex algebra, quadratic equations or even trigonometry
Andrew has walked the walk when his investment portfolio grew over a million dollars by the time he was just 38. There are some really great money lessons that we could all learn from him.

CF: So, Andrew, obviously if…ermm…assuming, say, I were a fresh college graduate. I just started out as an engineer. And then I met you. What money advice would you give me to emulate your investing success?

Andrew Hallam: Well, the first thing is, to, ensure that you, think for yourself and you have some discipline. Because, one of the challenges that a college graduate would face, is that, he or she will end up with, hopefully with a job and a reasonable salary. And he or she, as it was you in this case, you would have peers who would start spending money.

Andrew Hallam: And the problem is that the thing they would actually go on to purchase would be depreciating assets, for the most part. So, they say, well, I got the salary, now it’s time to get a car. And they may end up spending far more than the car than they really ought to, instead of buying a second hand car. Not, recognizing that the diff between the new and the second hand car –  it’s not just, you know, maybe five or eight or ten or fifteen thousand ringgit. It’s more than that. It’s the difference  in terms of what opportunity is given up by spending that extra five,ten or fifteen thousand ringgit. So if that amount of money were actually invested from such a young age….as a new college graduate could…that money would grow to probably a million ringgit at the end of the day . So by the time that person is 50 years old, the difference between those two cars is really about a million ringgit difference. So that’s the first thing I would suggest is to watch their spending and not necessarily do what people around them are doing. We often get trapped in to, keeping up..in the States, they got that expression….Keeping up with the Joneses.

Andrew Hallam: Financially…exactly. And that’s the case with a lot of people. We can be…I’ve met…and I am sure you’ve met  some extremely bright people that came out from super Ivy League colleges…great salary…but metaphorically speaking…if they had their bucket, and they are holding under a tap of gushing water…and the water is their income….they got this fist size holes at the bottom of the bucket because they are spending too much money.

So, the second thing, of course, is to start investing as early as you can. Because for every five or six years that you delay, you end up having to invest twice as much as somebody who started fix or six years before you to end up with the same kind of retirement nest egg.

Andrew Hallam: Because money compounds(?)…and it’s very, very powerful, as Einstein suggests, that, it’s more powerful than the splitting of the atoms. And he called it the eighth wonder of the world. When it compounds over time, it’s a fabulous thing.

I think, that the third thing I would tell them is that when they started investing…one of the thing many people do, is actually hope that their investment rise in value. We know the investment will eventually rise in value. One of the nice things is…or the smart things is, do not get too carried away, if it does and not get despondent, if it doesn’t. If it doesn’t rise in value, say, you are investing in the world of stock market, the longer it stays in a dormant phase, the better. Because as an investor, you are accumulating assets in businesses. And those businesses, as an aggregate, are actually making more and more money. The companies themselves…if the stock price doesn’t go along with that, that is actually a really great thing. The longer you can end up taking advantage of that lag, the better. So, for a young person, cheap or dropping stock markets, or stagnating stock markets, are actually better than rising stock markets.

CF: So you need to embrace it?

Andrew Hallam: Absolutely embrace it! I love it when markets fall. Because I am an accumulator. So I am actually purchasing assets as an investor. Because I am only 41. So I am, not, at anytime soon, going to sit around and play golf all day, and starts spending my retirement portfolio. I still really enjoy my job. And so, for me, markets fall, I absolutely love it. I can take advantage of that.

CF: If it sounds so simple, why ..it seems like, people around us, find it so difficult actually to save and invest? Does it have to do with all the…you know, the media seduces us to actually…hey, go for vacation, buy this expensive car, get the latest gadget?  <I sounded too excited here>

Andrew Hallam: Well apparently, this really started in the 1950s, where the generation that came out of the Great Depression..they came out..they came out on their feet(?), when, after the Second World War, the economy really started to kick start(?) again. What they found , was that, people weren’t spending money  and they were saving. They remembered the Depression …so companies did, in terms of their research(?)…their research had to get inside the human mind. All their objectives really was, how can we manipulate people…to convince them that they actually need these products…

Andrew Hallam:…Buy this product, and you’ll be happy, and you’ll be surrounded by friends. So it’s either safety, friendship and acceptance, or sex. Safety, friendship and acceptance or sex.  And sex is often…sex is often…what they are actually targeting…and we don’t even really recognize it but we are triggered on a subconscious level…<mimics the devilish subconscious voice inside our heads, often nudging us to succumb to temptations>…Buy that…Buy that….(creepy!).  We don’t really recognize it on a conscious level but subconsciously that’s what the advertisers are actually doing to us.

CF: So, you are saying this is a big conspiracy yea?

Andrew Hallam: :<Chuckled> They are clever. It’s very clever. And I can say it’s done in the fifties and it’s very clever. It’s a wonderful thing for capitalism. How we actually get people to buy these products. And so they had to actually  try to get inside our heads. And it becomes like a drug. Once you started purchasing…once you like, sort of, found that road towards purchasing things…and especially when you are dealing with instant gratification, like credit card…it becomes a drug. You get used to it. It’s really hard to take things away from people. It is.

Andrew Hallam: It is. So that’s why it’s so difficult for people who started down on that train(?) of bringing out the credit card and acquiring whatever they want to acquire…it’s so difficult for people to stop..you actually had to take something away from them…it’s so much better if you actually never go down that path. It  is a lot like a drug. 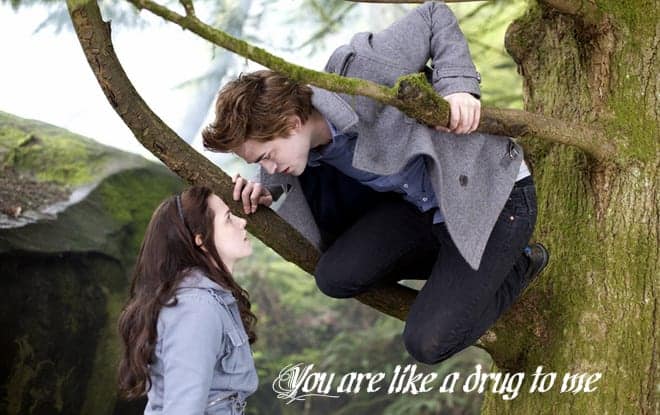 For Twi-hards, if are Edward Cullen, and Bella Swan is your credit card, you would say this to her

So that wraps up for the first part. Stay tuned for the second episode. Subscribe to my feeds, follow me on Twitter or or Facebook so you will know when I upload the second part of my chat with Andrew. I promise you would not be disappointed.

Or just get to know why an independent financial adviser like myself truly advocates what Andrew said.

And don’t forget to share the love using social buttons below!

Drop me some comments/criticism below, will ya?

9 thoughts on “Podcast Interview#1 with a Andrew Hallam – of Money, Investing and Sex”